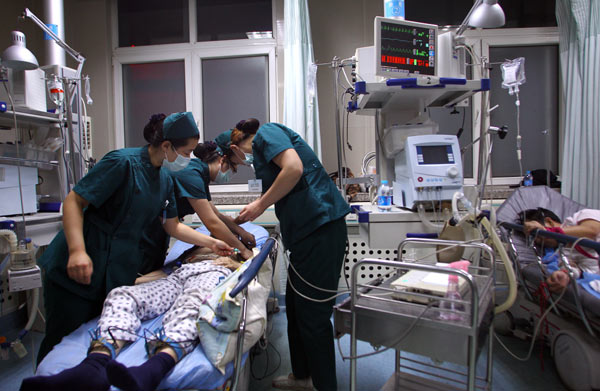 Mohammed V International Airport, like other airports and international ports, is witnessing a tightening of precautionary preventive measures in order to early detect any incoming infection of the Coronavirus, especially among passengers coming from China.

Thus, as soon as a plane arrived from Beijing yesterday evening at Mohammed V Airport, health authorities began their strict measures to contain any epidemiological and viral case potentially entering through this major border point.

These proactive precautions come within the framework of the recent decision taken by the Ministry of Health to activate health monitoring at the level of international airports and ports for an early detection of any incoming infection with the emerging coronavirus and limit its spread.

In a statement to the press, the chief physician at Mohamed V Airport, Mohamed Massif, said, “The emergency plan approved at Mohamed V Airport is part of the national plan for surveillance and proactive response to all public health emergencies.” He pointed out that this plan consists of several stages for travelers Coming from endemic areas.

He explained that the first stage takes place before the plane arrives at the airport, during which the suspected cases are isolated by the flight crew, the control tower is notified, and the so-called health portion of the general approval of the plane, which is delivered to the health police upon arrival, is filled out.

As for the second stage, it starts after arrival, where a special position is designated for this plane so that it does not mix with other travelers, and the decision is taken to drop the passengers, where they are all without exception to measure the temperature in the first stage by means of the infrared thermometer, and in the second stage By thermal camera.

And during a third stage of this protocol, the same speaker adds, all information about the isolated plane passengers is collected, “on the understanding that they are in an incubation period where names, phone numbers and addresses are taken until they are tracked at the national level throughout the incubation period”, highlighting that in the event The presence of a suspected case, a medical examination is carried out to confirm the case in the isolation hall, and if the case matches the standards set by the World Health Organization, it is sent directly to the hospital designated by the Ministry of Health.